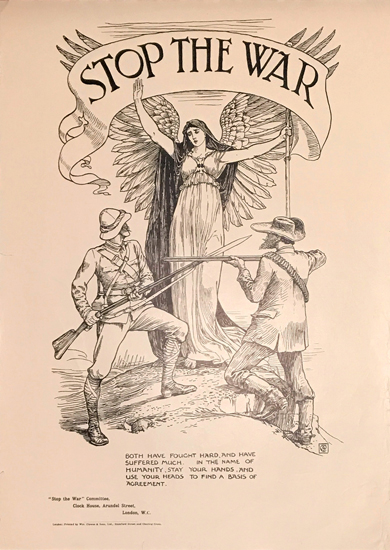 An original vintage poster. An angel encourages two soldiers in the Second Boer War to stop fighting. Walter Crane, the Arts and Crafts designer, artist, and socialist, employed the visual language of trade union banners in this anti-war poster. The image also appeared on leaflets, posters and an actual banner used at an anti-war rally. This image was a depiction, declaration, and, at the rally, an act of protest. RARE.