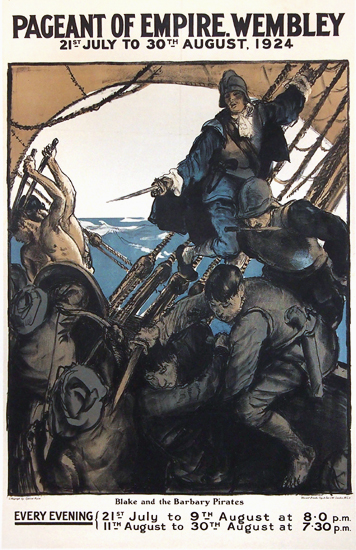 The Pageant of Empire was a set of historical pageants held by the British government for their huge British Empire Exhibition held at Wembley Stadium in 1924. This one promotes "The English Fleet in the Mediterranean - Blake and the Barbary Pirates".