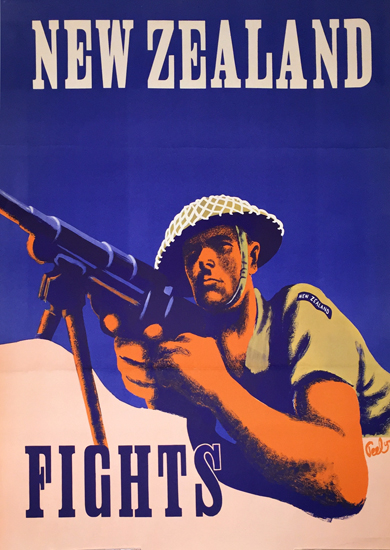 A stylized rendering of a soldier aiming a machine gun in the trenches. This Second World War poster was part of a series published by the New Zealand Legation in Washington DC in 1942. Intended to keep New Zealand's efforts in the war within the American public consciousness, implying that New Zealand pulls its weight on the world stage. Posters such as this would have been intended to raise morale and to encourage people's war efforts in general. RARE (source: MUSEUM OF NEW ZEALAND TE PAPA TONGAREWA).