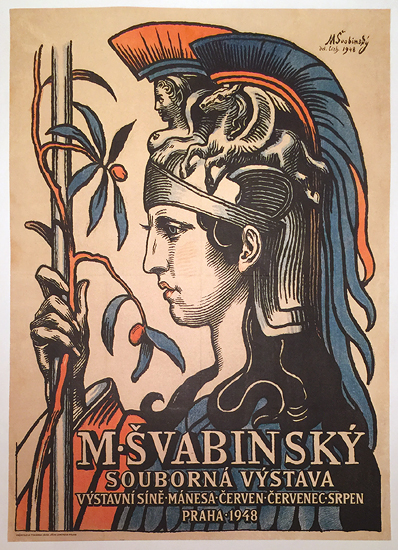 An original vintage poster for an exhibition of collected works by Max Švabinský (1873–1963), Czech painter, draughtsman, graphic artist, and professor in Academy of Graphic Arts in Prague. Švabinský is considered one of the more notable artists in the history of Czech painting and produced significant work during the first half of the 20th century. He was relatively unusual among modernist artists in that his work was accepted by the communist regime. (Wikipedia). He often depicted allegorical and classical figures such as this one which is most likely a depiction of goddess of wisdom and war, Athena/ Minerva.