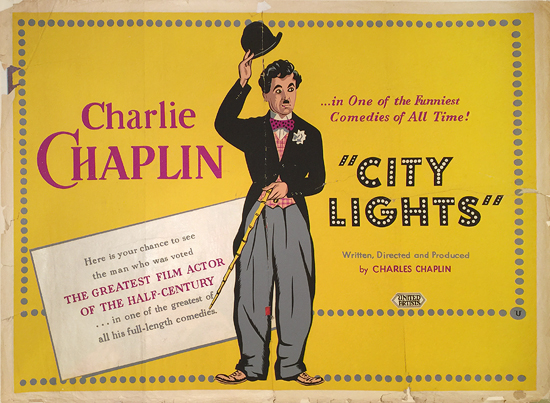 Silkscreen, multiple tears and missing pieces in border. An original vintage poster for the 1950 re-release of Chaplin's "City Lights". According to an ad in the Detroit Free Press archives, Chaplin was acclaimed by a nationwide poll as "The Greatest Film Actor of the Half-Century". Condition reflected in the price.