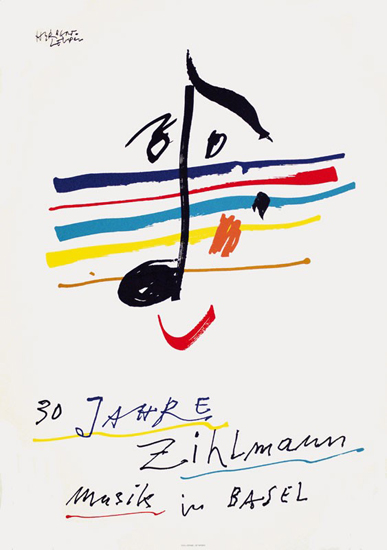 Playful image of musical symbols and notes composing a man's face. This whimsical image by Herbert Leupin was also the cover art for the album "30 Years of Music in Basel" released in 1992 by the Zihlmann record label featuring Swiss jazz compositions from 1962-1992.